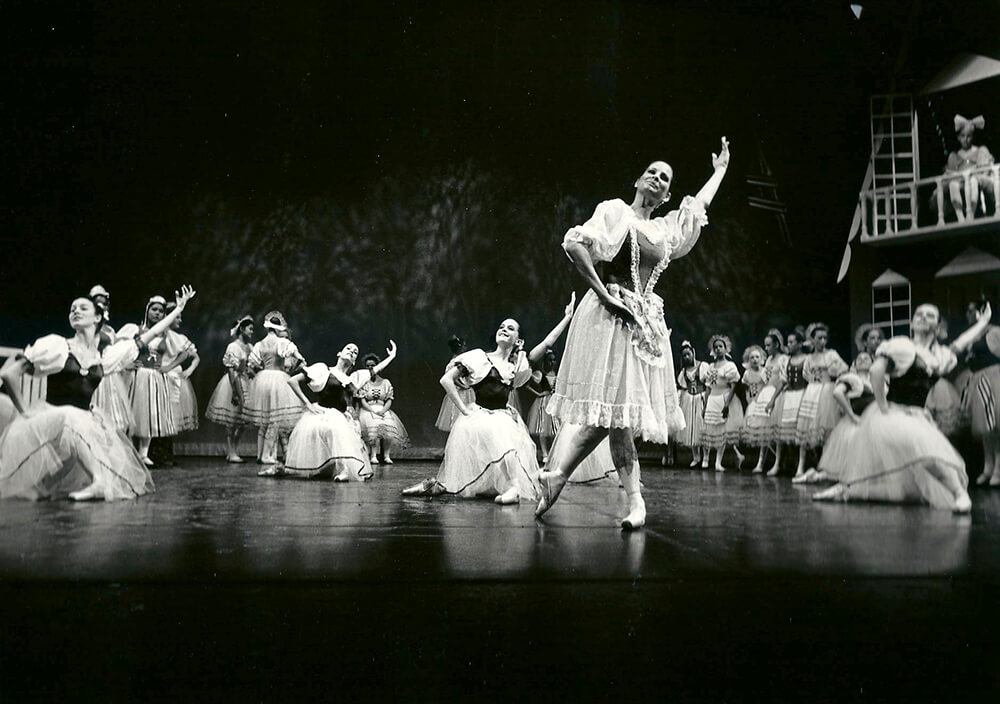 Samantha began her ballet training with Cristina Pora from the age of 9. By the age of 17, Samantha traveled to Havana, Cuba, to train with the National Ballet of Cuba. She continued dancing with the company of Centro Pro-Danza under the direction of Laura Alonso, where she also worked as regisseur and ballet mistress. In 1996 Samantha accepted the position of Artistic Director and Principal Dancer of Bale da Ilha in Brazil and by 2000 became Ballet Mistress of Orlando Ballet. Under the direction of the late Fernando Bujones, Samantha re-choreographed La Fille Mal Gardee for the Orlando Ballet Company.

In 2004, she was commissioned by Orlando Ballet to create a World Premiere production of Camelot. By 2007 she accepted the role of Assistant to the Artistic Director of Orlando Ballet, under the direction of Bruce Marks. Together with they staged the full-length Don Quixote in 2008.

In 2011, Samantha became Chair/Artistic Director of the Hartt School Community Division Dance Department at the University of Hartford. She founded the pre-professional company, HartWorks and created the Summer Ballet Intensive Program ‘From Studio to Stage’, which has attracted Guest Artistic Directors such as Bruce Marks, Laura Alonso and Angel Corella.

Samantha has danced and taught in countries all over the world such as Sweden, Argentina and Brazil. In 2003, she set her staging of La Fille Mal Gardee for the National Ballet of Korea and for the NBA Ballet Company in Tokyo, Japan in 2009. She has also staged several of Bruce Marks works including Lark Ascendng for Louisville Ballet. In 2010, Samantha served as the Canadian judge for the International Ballet Competition Jackson, Missisippi. Samantha began her tenure as Ballet Mistress at Pensylvania Ballet in November 2014 and was appointed Assistant Director in November 2015. 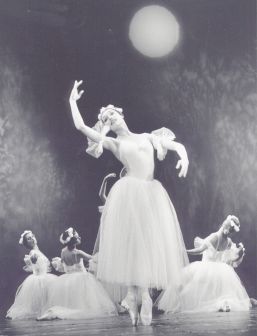 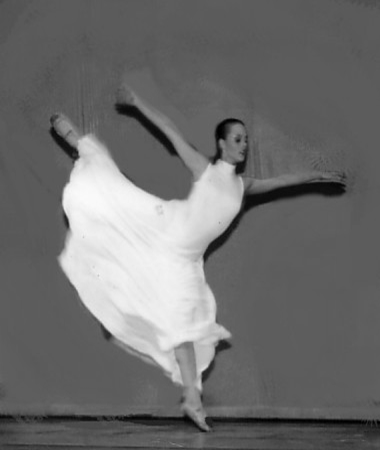 After her years of training at Cristina Pora’s, she completed her professional dance training at L’Ecole Superieur de Dance du Quebec, Montreal. She danced professionally with Panda Dance Theatre, Albano Ballet Company, Empire State Ballet and International Ballet Rotaro. She toured and performed internationally in such ballets as Swan Lake, Sleeping Beauty, Giselle, Don Quixote, Romeo and Juliet, and many others. 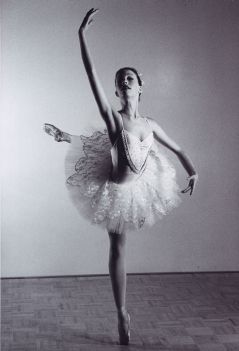 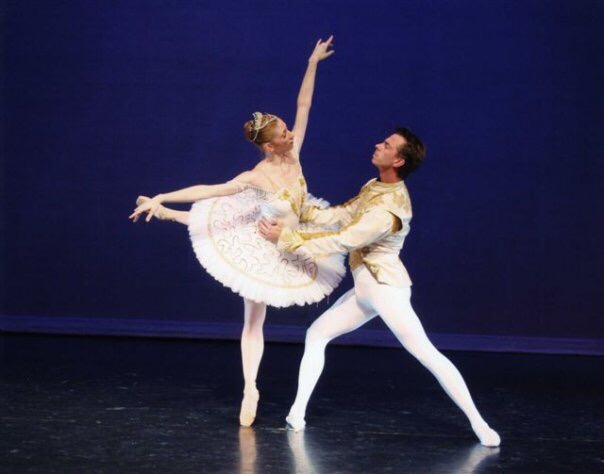 Andre Claude continued his professional training at the Quinte Ballet School and The National Ballet School of Canada. In 1989 Andre joined International Ballet Rotaru and was featured in such ballets as Pavel Rotaru’s Don Quixote, Romeo and Juliet and Swan Lake. He then joined Ballet Dallas, under the direction of Thom Clower and performed works by George Skibine, Tom Clouser, Peter Anastos, Fernando Bujones and others. Later Andre joined the Tulsa Ballet Theatre directed by Marcello Angellini and by 1999, he joined Fort Worth Dallas Ballet, now known as Texas Ballet Theatre. He performed works by George Ballanchine, Stanton Welch, Bruce Marks, Bruce Simpson and Ben Stevenson. Andre flourished with Texas Ballet Theatre artistically and was featured in many Soloist, Principal and Character roles. In 2006 Andre retired from the stage. 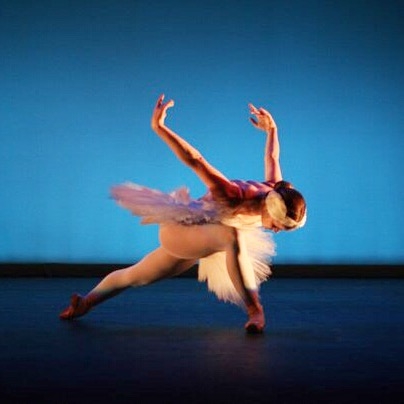 She then continued her training as a student apprentice under the direction of Laura Alonso at Ballet Classico de la Habana; Havana, Cuba and was selected as the youngest participant in the inaugural Alicia Alonso International Dance Competition – Havana, Cuba. Kathleen has since attended Canada’s National Ballet School – Graduate Program, Professional Division and the graduate program, professional division at The Royal Winnipeg Ballet.

In 2002, she choreographed and performed an original pas de deux for the World Youth Day celebrations held in Toronto, Ontario. Performed for his Holiness, Pope John Paul II and to an audience of over 800,000 on the main Downsview stage. Kathleen toured and performed Soloist and Corps de Ballet roles with Ontario Ballet Theatre’s production of The Nutcracker across Ontario. 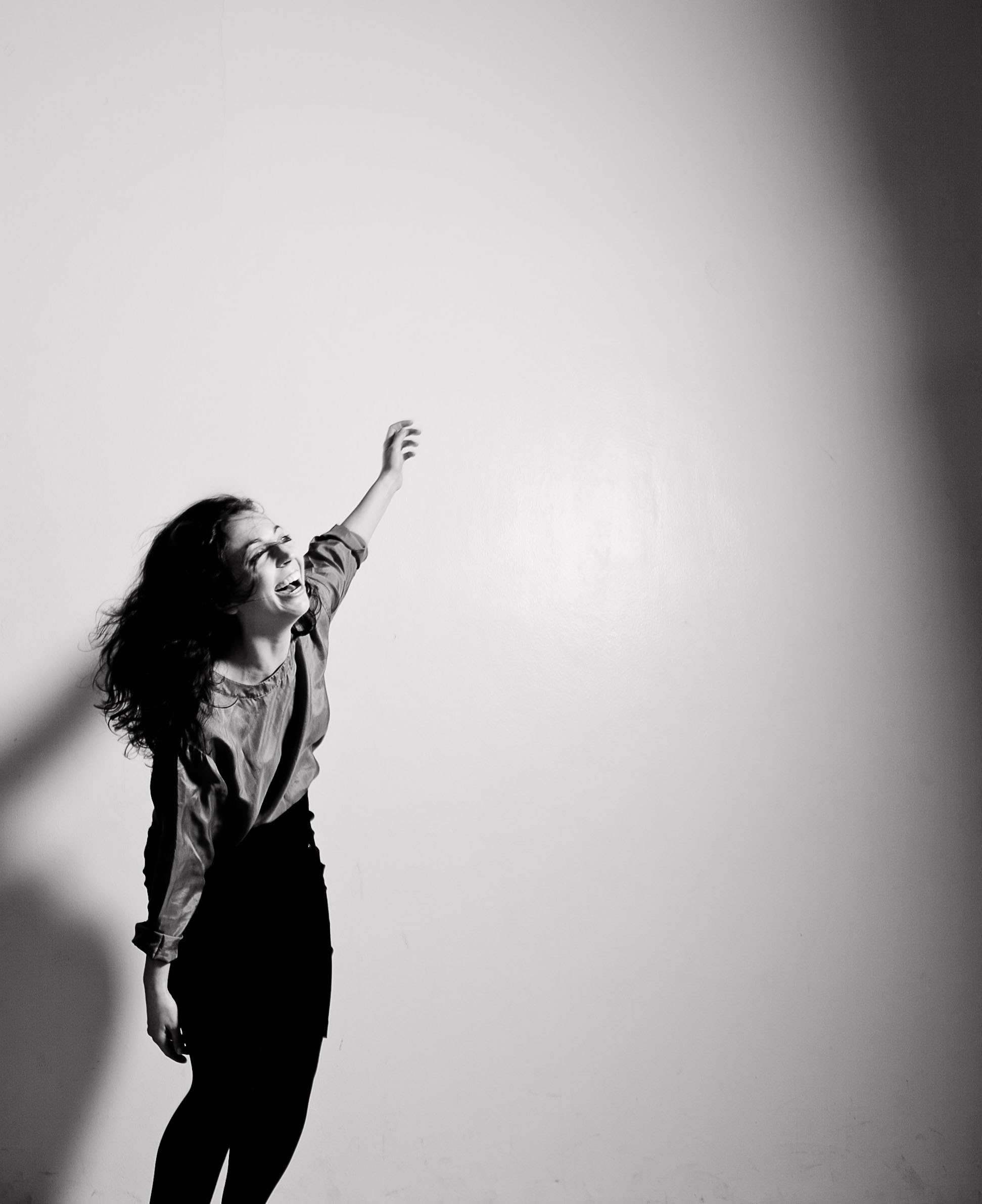 In 2012 she was awarded a grant from the Canada Council for the Arts to attend the ImpulsTanz festival in Vienna, Austria, where she had the privilege of studying and performing with Marten Spangberg (Sweden) and published an article in Spangberg’s The Swedish Dance History, Volume 4.

Andrea’s choreographic interests surround perception, transforming the ordinary, and the collective co-production of meaning through shared experiences of the body. Some of her recent works have been presented at the Toronto Dance Community Love-In’s PS: We are all here, TEDx Waterloo, Dancemakers TWObyFOUR Festival of Duets, and Hub 14’s Under a Paper Moon. She also launched an online participatory project at www.lonedancer.ca

In 2013 and ‘14, Andrea was invited to develop her work at residencies at Toronto’s Dancemakers, and Hub 14. She has taught workshops for Dancemakers, The Toronto Dance Community Love-In, youth companies Pivotal Motion Dance Theatre and YMI Dancing, Turning Pointe Academy of Dance, and The Durham District School Board Artsmarts program. Is currently touring The Love Project by Meagan O’Shea throughout Ontario schools as a part of Prologue to the Performing Arts. 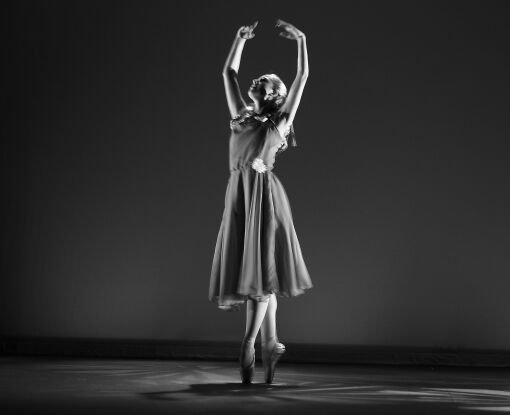 Completed an apprenticeship at Kirov Academy of Ballet, Washington D.C. During this time she toured throughout the United States with the Marinski Ballet. Krystina went on to complete her Bachelor of Fine Arts in Dance from York University and completed the New York City Fitness and Movement Program. Currently she is the Artistic Director of Rendevous Runway, Toronto – an exercise program combining dance, fitness and glamor. 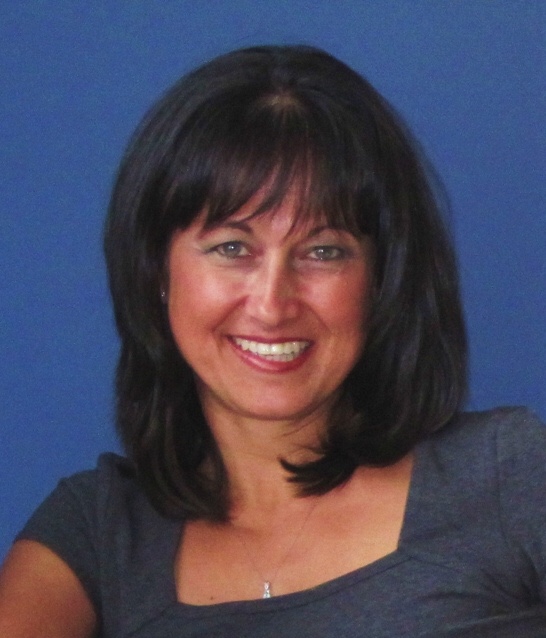 Nancy-Marie Viegas continued her training at the National Ballet School and went on to operate her own studio in Alberta for over 25 years. She is a Registered teacher with the Royal Academy of Dance and holds her Advanced and Teachers Certificates. She is also a Practical Teaching Supervisor with the RAD. Her past credits include being the local children’s ballet mistress for the Alberta Ballet’s Grande Prairie production of The Nutcracker, co-choreographer for the opening and closing ceremonies of the 1995 Canada Winter Games and 2000 Alberta Summer Games. Former students have trained at the National Ballet School, Royal Winnipeg and the NBS Teacher Training program as well as performed on cruise ships and with companies in Europe. 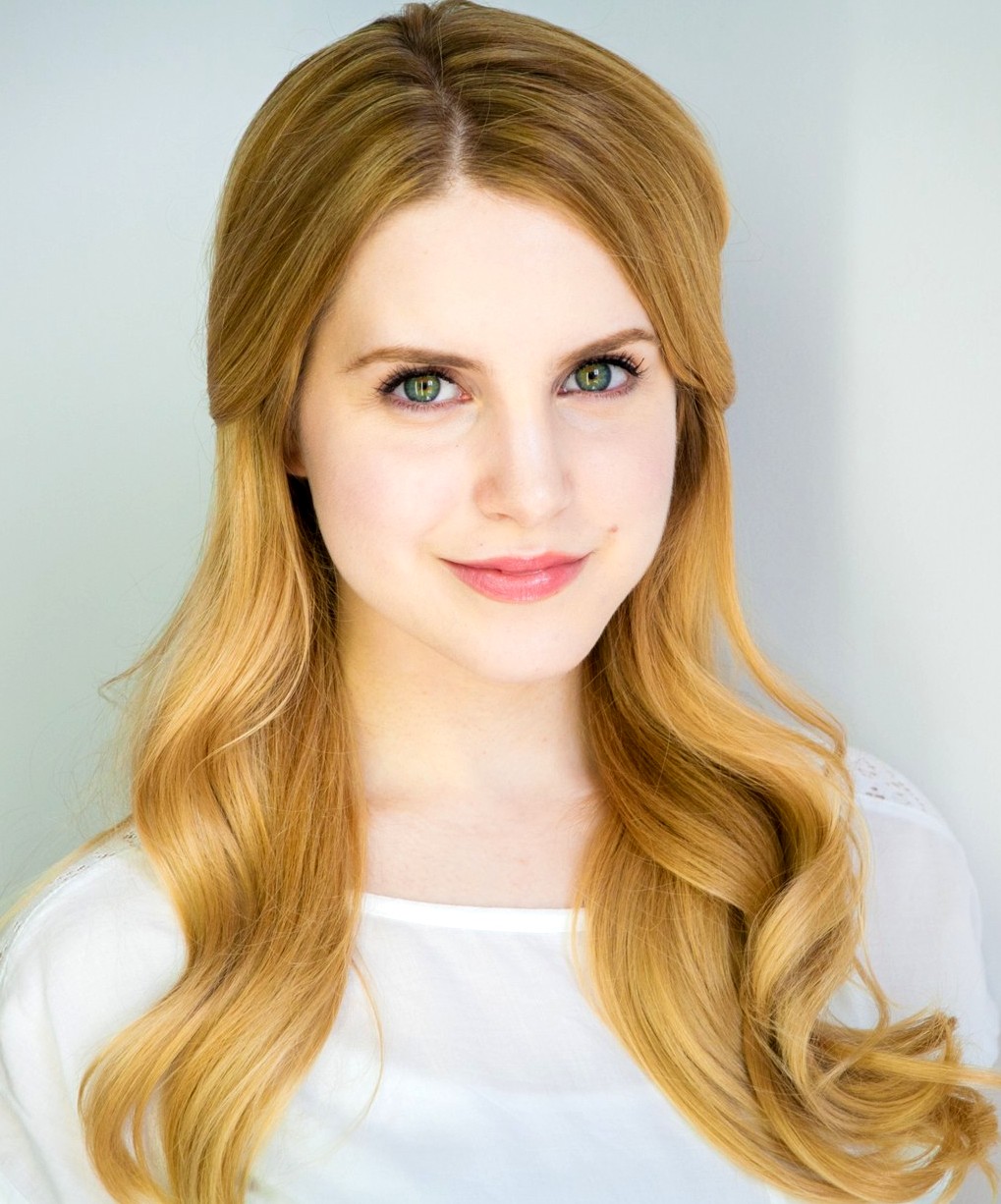 Clare is graduated Randolph Academy for the Performing Arts, Triple Threat collage program, Toronto. She continuied on-camera training at the Professional Actors Lab, Toronto and starred in Black Fawn Films’ The Drownsmen and attended its world premier at the Fantasia Film Festival, Montreal. She is actively working in Canadian film and television. 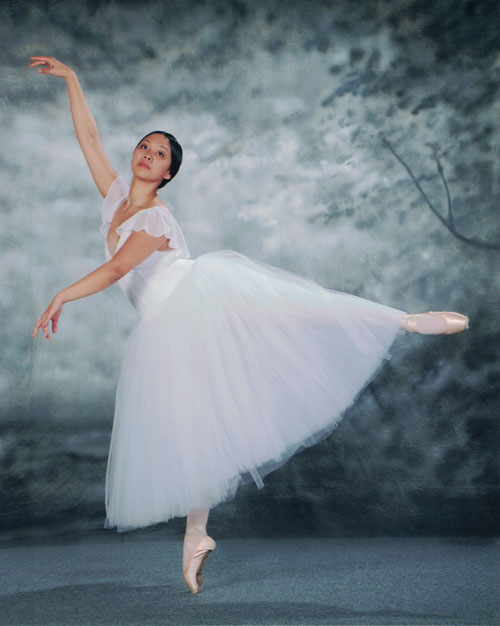 Nicole is a graduate of George Brown College Performance Studies Program Her focus was Ballet, Jazz, Modern, Hip Hop and Musical Theatre. Nicole studied under Che Chun and has performed works by choreographers such as Bengt Jorgen, Annie Wood, Sonia Jackson and Kathleen Rea. Prior to her graduation, Nicole was rehearsal director for Ballet Jorgen Canada’s Nutcracker Youth Cast for Toronto, Guelph and Waterloo.

As a member of The Dance Company, Nicole performed in a variety of corporate functions, charity events and various brand ambassador roles. Film/Television experience under direction of L.A choreographer and Academy Award Winner, Ramon Del Barrio and has participated and performed at the FFIDA Festival for Dance with “Dance Fuzion” director Annie Wood. 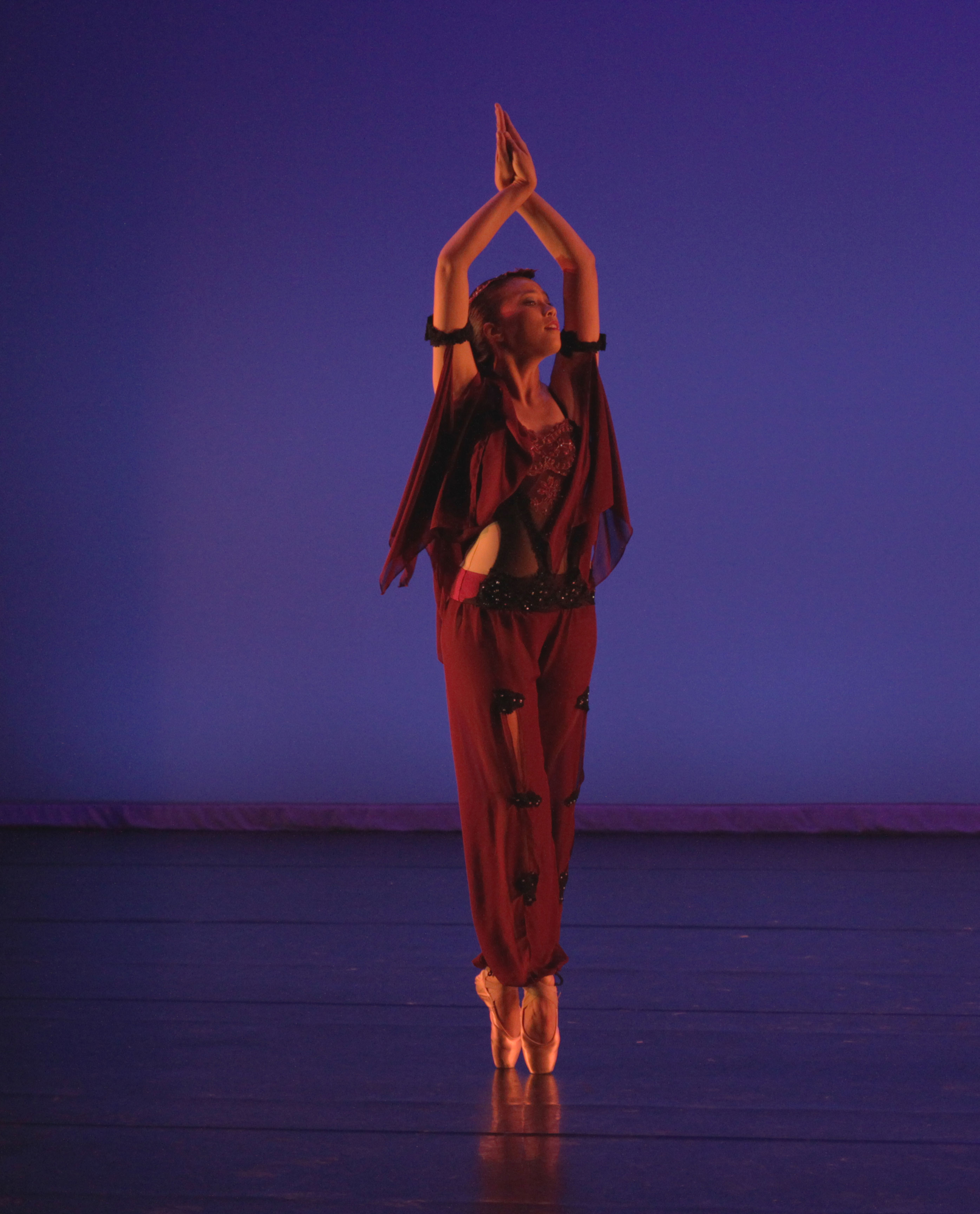 Elizabeth Ostil is a graduate of the Cristina Pora Classical Dance Academy and has extended her passion for ballet to regional public schools around Mississauga.  Elizabeth’s classical repertoire includes performing the principle roles of the Lilac Fairy in The Sleeping Beauty, Queen Myrtha in Giselle, and the Mazurka/Pas de Deux variations in Les Sylphides. She has also performed lead roles in other well-known works such as Paquita, Coppelia, Swan Lake, Don Quixote, and Le Grand Pas de Quatre.

In 2011, while simultaneously pursuing her love for ballet, Elizabeth graduated with an Honours Bachelor of Arts degree in English and Comparative Literature from McMaster University. In 2013, she went on to earn her Bachelor of Education degree from the Ontario Institute of Studies in Education at the University of Toronto.  During the 2015-2016 ballet season, Elizabeth was accepted to and successfully completed the Emerging Dance Critics Program where she was invited to watch, critique, and publish her thoughts on performances by The National Ballet of Canada.  Elizabeth is currently a teacher with the Peel District School Board.